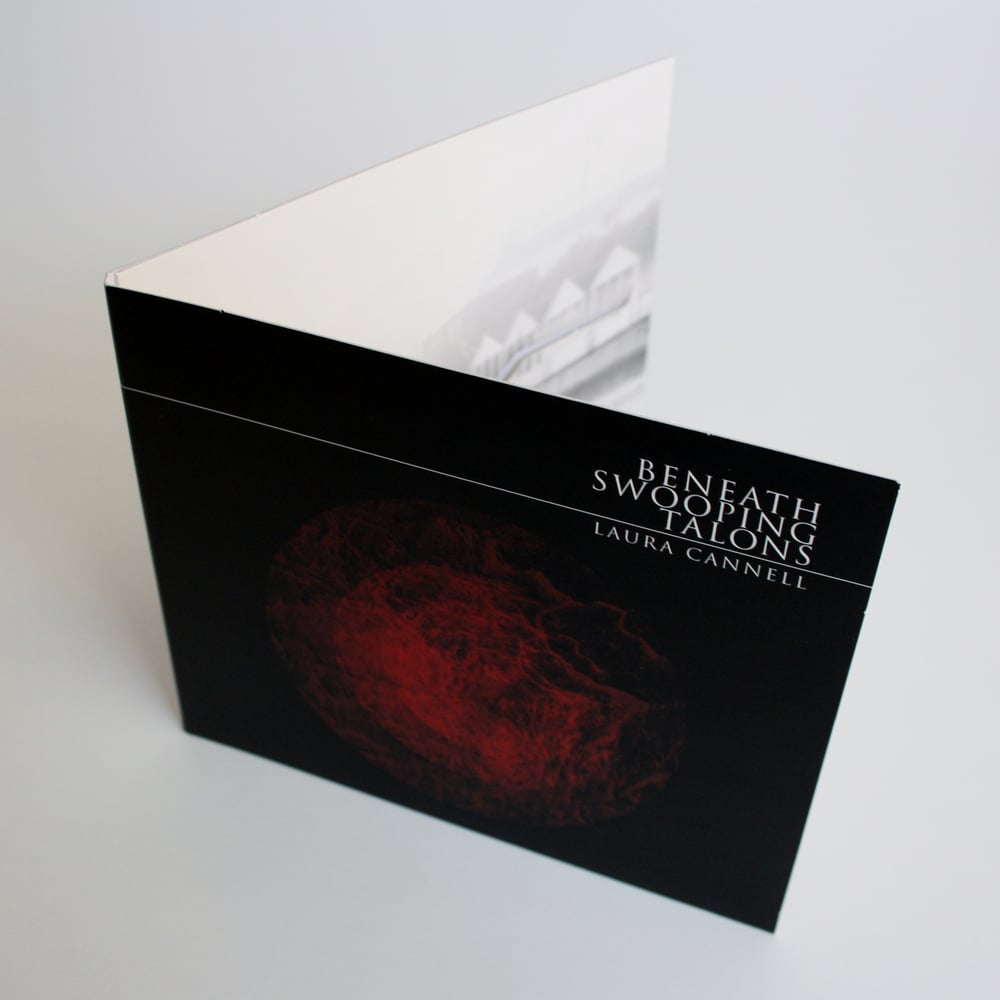 With deconstructed bow and the extraordinary sound of double recorder, Beneath Swooping Talons has grown out of unearthed fragments that became improvised pieces, then immediately recorded in single takes. Tapping the potent rural landscape and long-dormant musical modes, this album encompasses both wild animal calls and long forgotten liturgical chords, which drawn through Laura’s music seem to originate from the same, ahistorical place.
With a background in traditional, early and experimental music, she creates a solitary minimalist chamber music, where one player makes all the harmonies.

Based in rural East Anglia, Laura Cannell’s work draws on the emotional influences of the landscape and the sometimes dissonant chords of early and medieval music. Since founding and touring with duo Horses Brawl a decade ago, Laura has established her practice as a solo musician with recorder and fiddle her primary instruments. Her first album Quick Sparrows over the Black Earth found an audience keen for more, and she has followed the release with a UK wide touring schedule that has included Royal Festival Hall, Supernormal Festival, Tusk Festival, The Cube Bristol, Café Oto, Cathedrals, churches and National Trust castles as well as interviews and airplay on BBC 6MUSIC, NTS Radio and many others.

Laura writes:
“We build our own traditions, music which feels like a home for our souls. A place we can be entirely ourselves, where we don’t have to think, just be and channel pure music without human interception, only in the physical need to express it with the instruments.”

Laura also performs in an experimental ¬fiddle duo with André Bosman (aka electronic musician Hoofus) and ‘Oscilanz’ with Ralph Cumbers (aka electronic artist and trombonist Bass Clef/Some Truths) and renowned drummer Charles Hayward (This Heat, About Group). She is also working on a new trio project with cellist Oliver Coates & Ralph Cumbers.

Getting up too early and seeing all the land ablaze with the easterly winter sunrise before the day is shrouded with grey in moments, leaving no trace. All the ghosts are lined up to soundtrack our thoughts which know no times or dates, only tones.